Fungi are amazing. Not only are they an incredibly diverse kingdom of organisms, but many are also very delicious. And you don’t have to cultivate them in your garden to enjoy these scrumptious morsels — you simply have to get outside and have keen eyes. You can even find edible mushrooms in your backyard! For many foragers, the possibility of a fungi-filled dinner is what motivates them to get out in the woods. But for me, even though I do get excited about discovering a patch of chanterelles (my favorite), its something different.

As a scientist, one of my main motivators in life (and an important one for my career) is that of discovery. I love to explore ideas, places, and knowledge bases that are new to me, or even new to most of the world. It’s what has made me a voracious reader my whole life and prompts me to spend hours on google learning about cuttlefish or making Eric take every personality quiz I can find. I’m excited by nothing more than opportunities to gain new insights into the world around me.

I’m sure you’re starting to wonder what this has to do with mushroom hunting. Ever since Eric opened my eyes to the world of fungi, my perspective of the natural world has changed. I used to stare up at the trees on hikes all the time, trying to identify them and marveling at their beauty (and I still do a good deal of that), but I didn’t realize that by only ever looking up, I was missing a vital part of the forest. Nowadays, I find myself constantly staring at the ground, scrutinizing downed trees and heaps of leaves in hopes of catching a glimpse of a mushroom cap. And by watching the ground for mushrooms, I witness so much other life I previously bypassed. Now that I am aware of fungi’s prevalence, I see them EVERYWHERE and it’s crazy to think that only a few years ago I would have walked past most of them without a thought.

My favorite part of mushroom hunting is finding new and unusual mushrooms and trying to identify them. Often, mushrooms are easily identified by a quick perusal of the mushroom book, or by uploading a picture to iNaturalist. But occasionally, we find a mushroom that really stumps us. The field of mycology is relatively new, so there are lots of mushrooms that have yet to be discovered or researched. It is a field in which hobbyists like Eric and I can be on the forefront, discovering new mushrooms, just as easily as those who have spent their lives studying fungi. That, to me, is truly exciting. People like us, who forage for fun in their free time, are significant contributors to the growing knowledge about fungi and discover new species a lot more often than you would think.

Last week, my mom and I were mushroom hunting at our family property in Ellington, MO and we found an odd patch of chanterelles. They had the tell-tale ridges of a chanterelle, but they were all very petite, tan-orange, and had a brown spot in the center of the cap, which I had never seen before. After sending pictures to Eric to get his opinion, we did some research. We think what we found were Cantharellus tabernensis, a relatively new type of chanterelle seemingly discovered in 1996. Despite the lapse of 25 years since its discovery, there is almost no information online about this chanterelle. It has only been recorded to grow in Mississippi and along the Gulf Coast, in very wet areas with good drainage. However, a few days later, Eric thought he found the same kind of mushrooms at Babler State Park. Although we can’t know for sure whether the fungi we found were actually Cantharellus tabernensis, it’s so cool to think that it might be, and how that discovery could alter the supposed region of where this mushroom grows (and that could totally happen!).

In the past two years, and especially this summer, I have found so much joy in sharing my mushroom discovery with others. My mom, a fellow tree nerd, quickly found similar joy in discovering mushrooms and trying to identify them. But my 7-year-old cousin from California caught on to mushroom hunting faster than anyone. After only a few mentions of mushrooms, he was spotting them on walks around the neighborhood and even from the car. Regardless of the size or shape of the mushroom, he was always so eager to show me what he had found. I loved it. I can only hope that he will find a way to continue his journey of mushroom discovery back at home in the barren desert of California.

There is, of course, no wrong reason to mushroom hunt. I love the excuse to get outside and enjoy nature, to revel in the beauty and uniqueness of the world, and to find joy and excitement in the (literally) small things, like a tiny mushroom growing in your backyard. 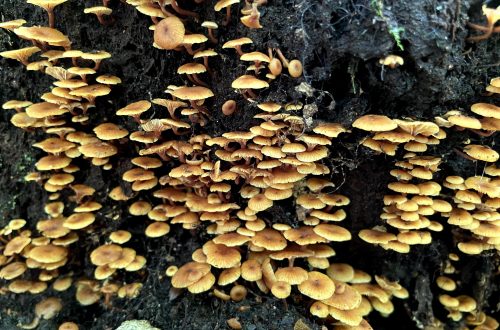 Sustainable Mushroom Foraging, and Why it’s so Important 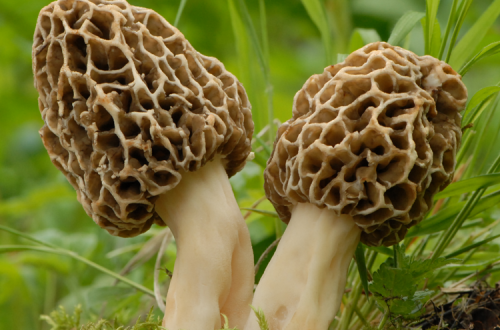 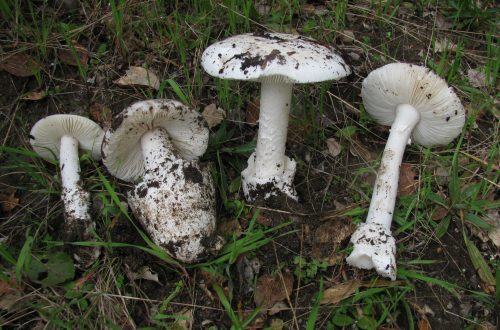 How to Safely Forage for Mushrooms