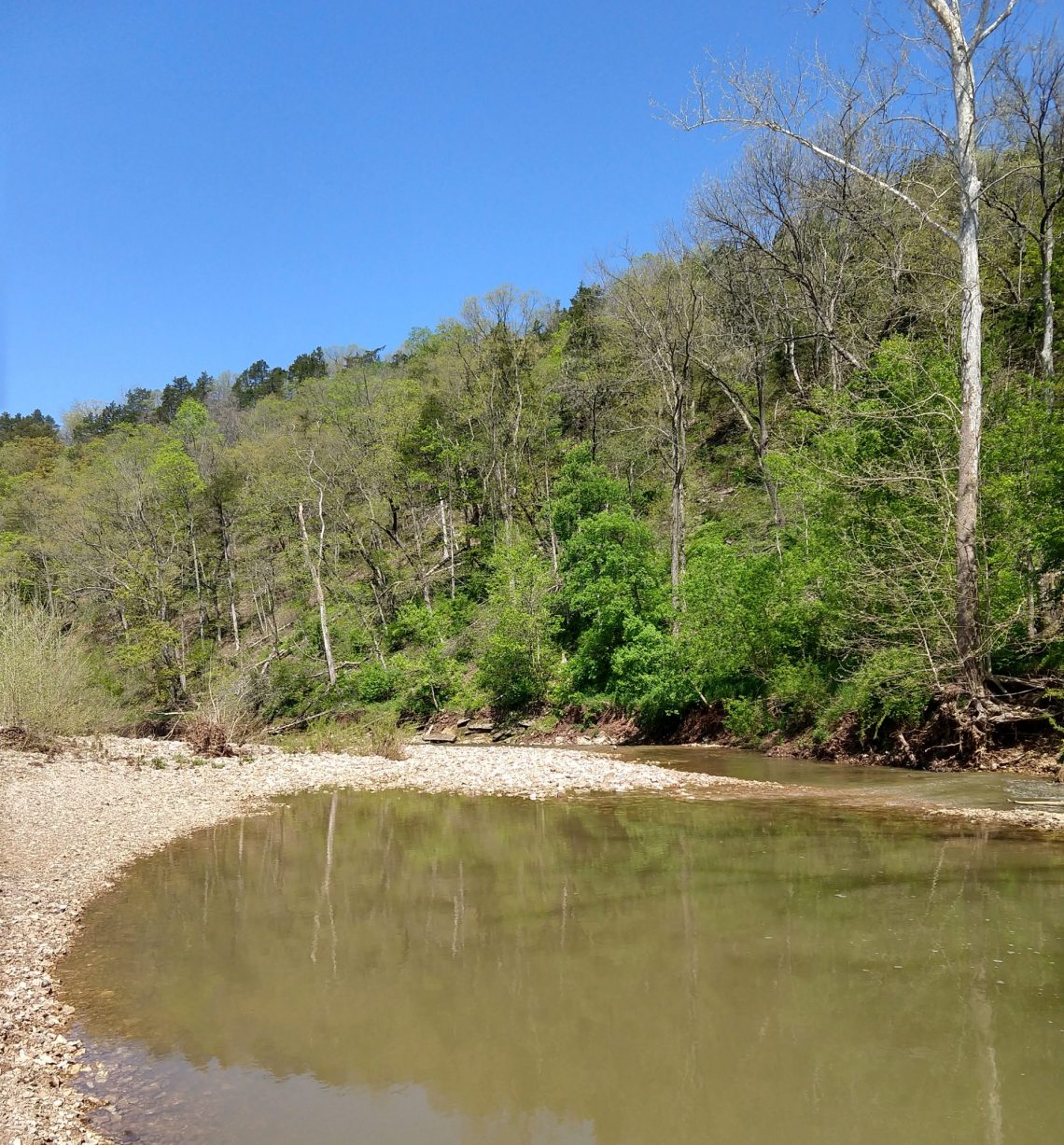 Located just south of Columbia, Three Creeks Conservation Area offers a nice escape from the city without a long drive. Three Creeks is comparable to the nearby Rock Bridge State Park, but with the benefit of significantly fewer visitors. If you visit Three Creeks on a Monday after the weekend rush, you’re liable to have the area to yourself. Despite the proximity to Columbia, MO, it is a beautiful natural area with an abundance of wildlife, unique stream ecosystems, and (our favorite) prime mushroom foraging areas.

A Good Way to Kick off a Weekend

Mollie, a couple of our friends, my sister, and I decided to head to Three Creeks Conservation Area in the afternoon one Friday. The plan was to hike in, pitch some tents somewhere, enjoy the night by a creek, and hike out the next morning. My sister and I planned to split off from the group Saturday morning to go to a swimming hole. Some of us parked in the northeast parking area, and some of us in the southeast parking area, but we all managed to meet near the southwestern extent of the trail that runs along Turkey Creek. There are neat crevices and an underground stream in this area, as well as Hunter’s Cave, which is closed to the public (but still an impressive sight). After crossing a little muddy stream and finding some Pheasant Back mushrooms, we found a relatively flat grass area to pitch our tents near a gravel bar on Turkey Creek.

After the tents were up, we quickly started a fire on the gravel bar to cook the hotdogs and brats that were calling our names. Someone was even dedicated enough to pack in several full condiment bottles. After the fire was crackling and we started cooking, the crackling began to be interspersed with some more violent pops. We quickly realized the rocks under the fire were exploding as the air bubble inside heated up and rapidly expanded. After several of us received a hot rock shard or two on our skin, we raced to move the fire to the grassy area near our tents. Note: campfires on gravel bars are dangerous and not advised.

After we finished eating, we all sat down around the fire for lots of laughs, stories, games, and even some acting. Although creating a campfire takes a little time and effort, it’s hard to pass up the occasional opportunity to be humans and socialize around a flame. As the light faded, it became evident there was a healthy community of barred owls in the woods surrounding us. For those who aren’t familiar with the various calls of barred owls, they have an impressive vocabulary, often sounding more like monkeys than owls. Another pleasant surprise that evening was seeing the first lightning bugs of the year.

Around 3:30 AM the barred owls visited our campsite and had a very loud conversation DIRECTLY above our tents. I can say with confidence, I’ve never been so close to an owl call. It was quite the treat and went on for a while. Apparently some turkeys paid us a visit as well, but some of us (me included) slept through that. All-in-all, most of us slept well. It did get a little chilly as the cool air descended from the higher areas into the creek bed. Even in May, it’s nice to have a mummy bag.

Most of us woke up as it became light. With lots to do, Mollie and the others needed to pack up and leave that morning. My sister and I said goodbye and continued on along Turkey Creek to the swimming hole at its intersection with Bonne Femme Creek. We looked for mushrooms along the way, then enjoyed having the water and the rope swing to ourselves for most of the morning until other weekend visitors began to trickle in. It was very relaxing. After a couple of hours at the swimming hole, we walked downstream through the water (in our hiking boots) and found some Lion’s Mane mushrooms.

Once we’d gotten our fill of exploring we took the far western trail in Three Creeks that intersects Bonne Femme Creek and goes up to the Tomlin Hill Rd parking area. There were a few really nice campsites along this trail, with wonderful overlooks of the conservation area. Once we reached the Tomlin Hill parking area, we continued on the trail system that took us back to our original parking area on Deer Park Rd.

It felt kind of surreal driving back home that afternoon. It was as if we’d spent a whole weekend out there, but we still had over half of the weekend left. Three Creeks Conservation Area is a great place to go to kick off your weekend and, if you camp, enjoy a mini vacation. 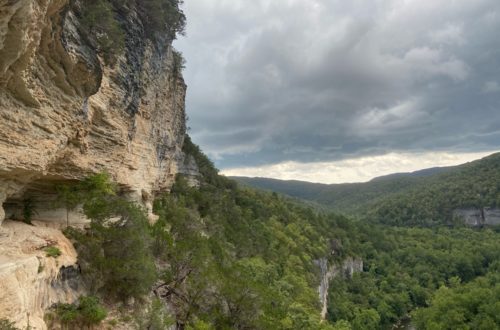 Centerpoint to Goat Trail: A View Worth the Hike 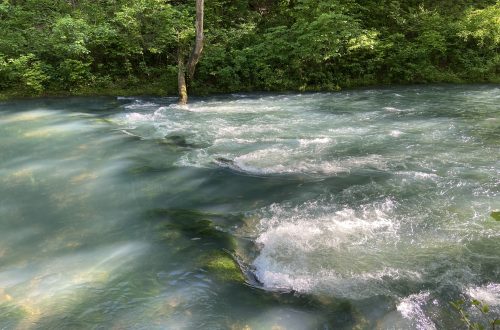 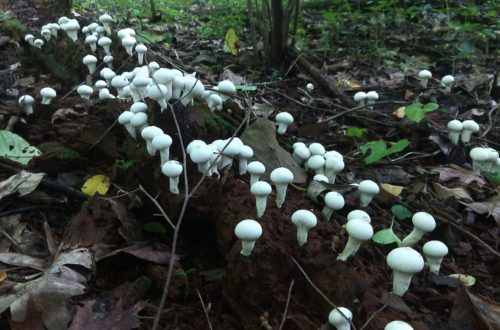